This is one of the few largest container ships in the world currently, operated by the world's largest shipping alliance 2M on the weekly service route to the US West Coast, to dock at the CMIT. 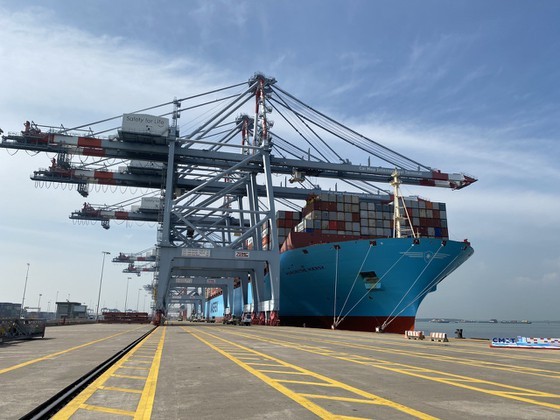 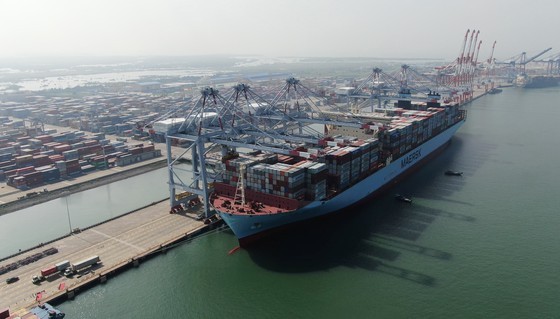 Margrethe Maersk docks at Cai Mep International Terminal in Phu My Town in Ba Ria - Vung Tau Province. (Photo: SGGP)
It is estimated that, with this size, the Margrethe Maersk is longer than the height of the Eiffel Tower and 5.5 times as large as the Airbus A380 aircraft. If arranging 18,000 20-foot containers when the vessel is full in one row, the length can be up to 100 kilometers.

With this event, CMIT has become one of about 20 major ports in the world capable of receiving vessels of this size, contributing to confirm the position of the Cai Mep - Thi Vai Port on the global marine traffic map.

For this container ship to dock at the CMIT, the company collaborated with Portcoast - Vietnam’s leading port and coastal consultant - to survey and evaluate the port’s infrastructure and develop a marine safety plan to submit to competent authorities for consideration and approval to ensure the absolute safety for the vessel to enter the port.

According to CMIT, this event is an important milestone not only for CMIT in the Cai Mep deepwater port but also for the maritime industry of Vietnam. 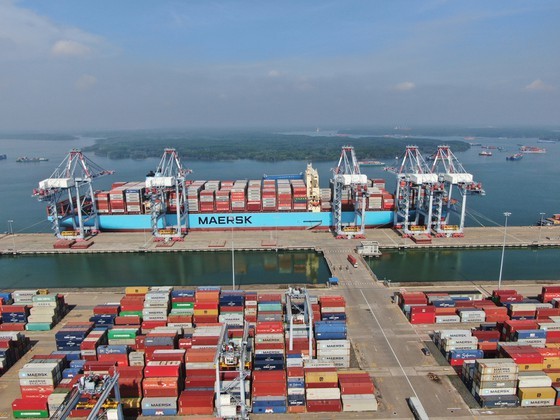 At that time, Vietnam's import and export goods will be loaded on large mother ships that go directly to major markets, such as Europe and the US, without transshipment through transit ports, namely Singapore and Malaysia. It will help to save logistics costs, increase competitiveness, and reduce shipping times. Thereby, goods can access the market soon.

Therefore, this is a major development of the maritime industry to prepare resources for the growth potential of foreign trade of the country.