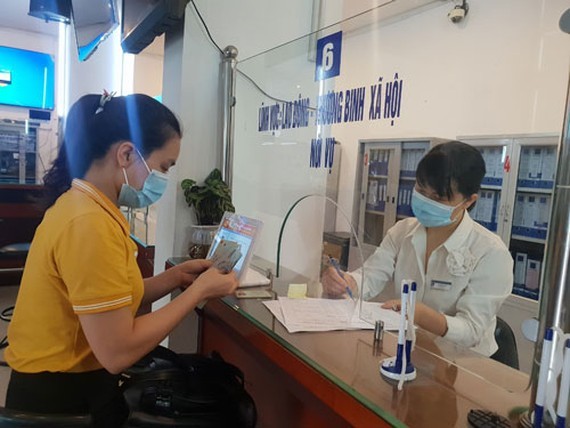 However, there still lie difficulties and obstacles in speed of disbursement of this support package. In a talk with Saigon Investment, Dr. Nguyen Tri Hieu, a financial expert, discussed this issue further in more detail.

JOURNALIST: - Sir, recently the subject of credit limit has become a hot topic, therefore what are your views on this issue?

Dr. Nguyen Tri Hieu: - More than ten years ago, the credit growth of the banking system was very strong, with some banks growing up to 100 percent, as in 2009. This led to the situation where credit was pouring into speculative assets and risky financial investments, which caused serious consequences for the economy. As a result, bad debts still have not been resolved to date. From lessons learnt by this experience, the State Bank of Vietnam began applying credit limit for more than ten years. Consequently, credit has become strictly controlled and banks use credit for better beneficial purposes for the growth and stability of the economy.

However, the disadvantage is that the credit limit granted to commercial banks is adjusted every year because this is too constrained for the growth of the economy. At the same time, the measure to control the credit limit does not eliminate the fact that banks are still pouring money into risk activities. For instance, banks are pouring money into the stock market in recent years, which has now grown very strongly.

Therefore, although the State Bank of Vietnam has had success in credit control over the last ten years, this credit room should be removed. Commercial banks must control credit activities by themselves, and the State Bank of Vietnam must only supervise. When removing the credit limit, the first disadvantage is that banks may promote credit and have ability to push credit into risky but very profitable areas. At the same time, it can mobilize capital with high-interest rate to meet high credit demand. The State Bank of Vietnam has all the tools to manage this, which can be applied periodically and at irregular inspection periods, and even have special control tools for banks.

- Sir, the State Bank of Vietnam remains steadfast in its credit growth target of 14 percent and only loosened the credit limit for commercial banks by 1 percent to 4 percent. What do you think about this move?

According to the State Bank of Vietnam, if credit increases by 10 percent then inflation increases by 1 percent, which means credit room increases by 2 percent and CPI may increase by 0.2 percent. The CPI for eight months is 2.58 percent if it is calculated on this average by the end of the year. It will increase by 3.9 percent, plus 0.2 percent from the 2-percent increase in credit to increase to 4.1 percent. This will exceed the National target proposed by the association. But I think this level is also reasonable.

However, if the credit room is not increased, the lending interest rate will increase. Because the credit room of the whole system is very small. Banks wishing to lend must restructure their loans to eliminate unprofitable items and create room for new credit. When interest rates increase, it will also increase the operating costs of enterprises, thereby increasing prices, and making it difficult for inflation control.

In the case of loosening the credit growth target, interest rates will increase but may not increase much, because the money pumped out is abundant. At that time, price inflation will be controlled. But on the other hand, increasing credit is pushing money into circulation, which affects inflation. Therefore, whether the credit limit is extended or not it will have an opposing effect. But with the current capital needs of businesses, if they don't extend more credit, they will fall because of lack of capital.

- Sir, with the budget allocation to support 2 percent per year, it is estimated that Hanoi will spend about VND800,000 billion of outstanding loans this year to reduce interest rates for eligible persons and businesses. However, the disbursement so far is very low. Can we then expect the support package to be promoted by banks like the State Bank of Vietnam is requesting?

- The delay in disbursing this support package is partly due to the limited credit room this year, and partly due to the regulations on disbursement that businesses cannot meet. Currently, many businesses no longer have any collateral to borrow the support package. Therefore, I suggest that the Government and the State Bank of Vietnam assign targets to banks and they in turn must implement the bidding of this package under the supervision of the Government as well as the State Bank of Vietnam.

At the same time, there is a special policy that allows businesses to get unsecured loans through a comprehensive business plan when using loan capital. This requires proving a steady cash flow within one year, instead of pledging a collateral. The State Bank of Vietnam can also encourage commercial banks to participate in this package, such as granting more credit limit. However, a part of this limit must also be used to disburse the interest rate support package.

- Thank you very much.