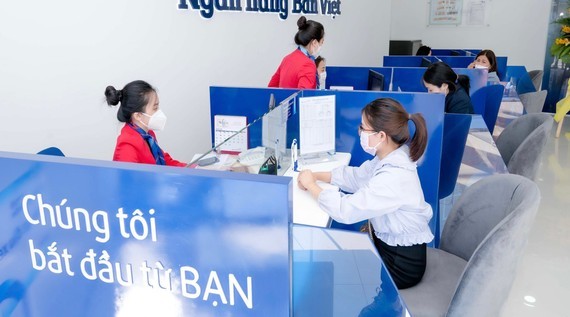 Currently, ABBank has the highest interest rate of up to 8.8 percent per annum for a 13-month term but with a deposit of VND500 billion.

Besides a sharp increase in deposit interest rates to lure capital, from October 3 to the end of December 2022, customers who deposit VND25 million upwards at Vietbank will receive a gift, such as a multi-function cooker, steam iron, vacuum cleaner, and kitchen utensils, at the same time, they can participate in a lucky draw program with a total value of prizes and gifts of up to VND6.5 billion. Specifically, one special prize is a savings book of VND1 billion, nine first prizes are six maces of SJC gold per prize, and 18 second prizes are savings books worth VND20 million per prize.